In December 2020, Harlow had the worst crime rate in Essex for theft from the person, with 12 crimes reported and a crime rate of 0.14 per 1,000 inhabitants. August 2016 was also a bad month for Harlow residents, when it was Essex’s most dangerous area for drugs, recording 27 crimes at a rate of 0.31 per 1,000 residents. Harlow recorded 114 reports of shoplifting during September 2015, making its crime rate of 1.3 the worst for shoplifting in Essex that month. 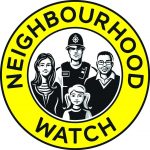